Today, the Australian Army Forces JTF 635 presented Tanoa Plaza with a picture frame of their entire troop that carried out aid in Koro Island, Savusavu, Rakiraki etc during TC Winston. The staff at the hotel were all very surprised and excited.

The plaque reads:  "To the Management and Staff of the Tanoa Hotel, Vinaka Vakalevu From JTF 635"

The head of the troops who stayed at the hotel said, “its like being home because their 'mother’s' are picking up their clothes and neatly placing them in their room everyday”.  The troops also said “They go to the islands and look after everyone, but at the back of their minds, they know that at the hotel, someone is always looking after them” 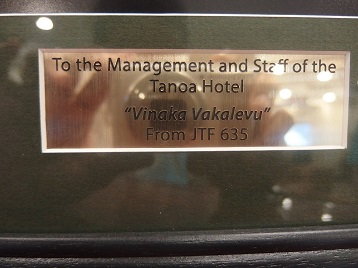 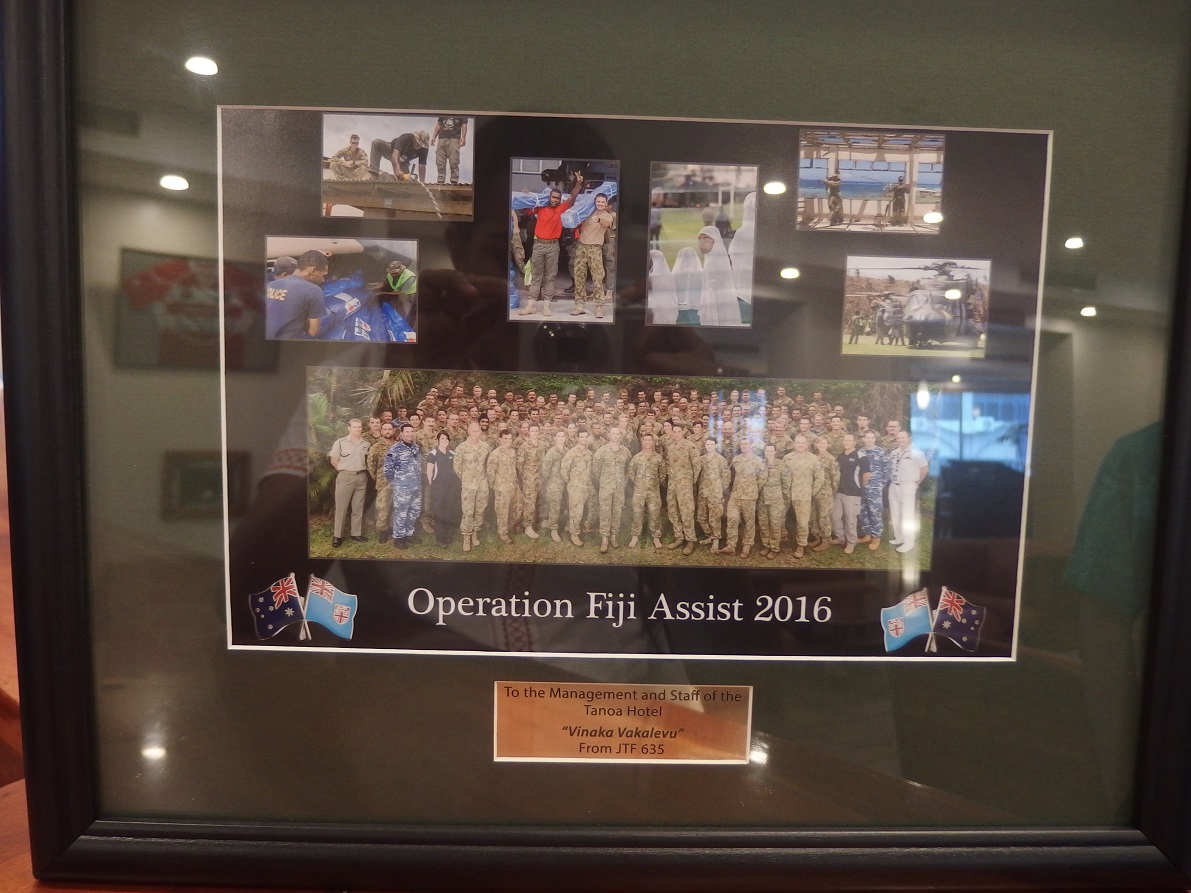